Design Plans for Bozeman’s 2nd High School in the Works

We already know that Bozeman is quickly growing, and it comes as no surprise to anyone in the area that the high school is becoming overcrowded— just last year nearly 2,000 students were enrolled. With a capacity of 2,400 and a predicted enrollment of 2,700 by 2023, it only makes sense that plans for a 2nd high school are currently underway.

Back in February of 2016, several different scenarios for how to solve this problem were presented, a few of which included ideas for staying on Main Street by expanding the current building. However, it has been decided that the best course of action is to construct a 2nd high school, currently planned to be built on a 57-acre plot bordered by Durston & Cottonwood roads, Flanders Mill and West Oak Street.

The latest cost estimate for this project is around $83 million, though it is expected to shrink since it is still in the design phase. The entire budget for the school is targeted at $94 million, with more than $10 million going toward equipment, fixtures and furniture. Some of these costs will also be used to renovate the existing high school to keep up with its rapid growth. CTA Architects Engineers, the firm working on developing the new school, will present its final design plan to the Bozeman School Board this December.

The design that was shown last week is modern and sleek, with some brickwork on the three-story classroom building to channel historic Main Street. Extensive black metal cladding, a wedge-shaped roof, all-glass entry and a two-story, stair-like tiered seating structure are all also currently included in the design plans, though these features are subject to change. 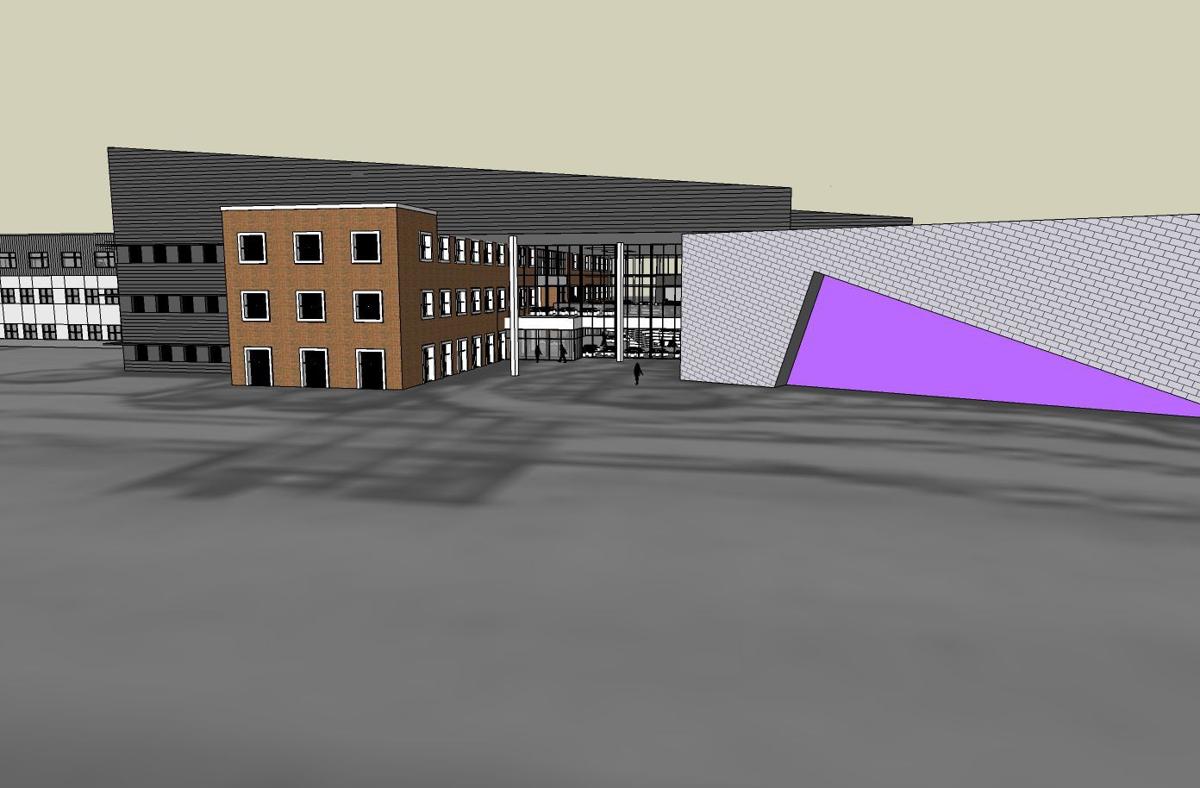 The school will also be constructed to environmental standards specifically tailored to schools instead of LEED building standards, which is the most widely used green building system in the world. Though using CHPS (Collaborative for High Performance Schools standard) will run about $10,000 less than LEED, the school chose these standards because it has many of the same features and is more geared toward K-12 schools.

The design report  that was approved by the school board earlier this month contains a CHPS checklist (pages 25 and 118), which demonstrates how the new school will aim to earn 125 environmental points. Many of these points will be earned for its energy efficiency, acoustics, water use regulation and heating system, in addition to sharing the building with other community groups after school.

Though we aren’t sure yet when construction will begin, the new school would create more opportunities for students to join sports teams and enroll in special classes like AP and foreign languages.  On the other hand, additional costs for building upkeep, hiring staff and another principal, and funding for double the number of sports teams is generating concerns from both parents and the School Board. Though there are still many details to be worked out over the coming years, one thing is for certain— Bozeman is still rapidly growing, and addressing the soon-to-be overcrowded high school now rather than down the road seems to be the best course of action.